Last weekend’s seminar was a resounding success! We can tell by how it sounded: sound doctrine, sound singing, sound of many people that believe enjoying the fellowship of the mystery of Christ.

Comforted by the mutual faith of old friends. A delight to meet many of you that came out to visit for the first time. Thank you for making the trip to the cornfields of Swayzee! 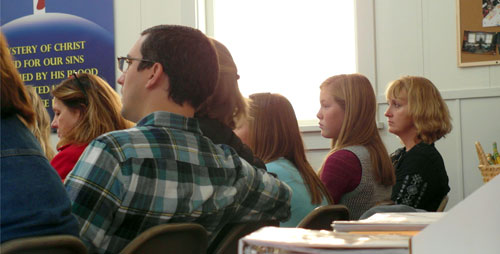 With another record attendance we had the good problem of pulling out our overflow seating which consists of folding chairs and watching the events from the closed circuit television downstairs. 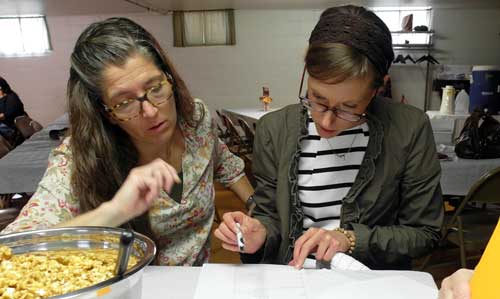 One of the most enjoyable parts of meeting together is being able to talk with one another over lunch or during breaks. Having a friend over for lunch is one thing, but having almost 150 friends for lunch requires lots of planning. 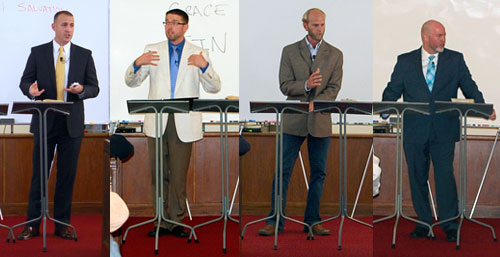 In eight sessions the speakers explored what the Reformation means 500 years later to us who are mid-Acts Pauline dispensational Bible believers. Many testified rightly that the Reformation was a resurgance of Pauline doctrine. The same thing we are trying to revive today.

The goal of looking at the past is to prepare the next generation to stand upon the authority of scripture alone, for salvation by grace alone, through faith alone, because of Christ alone, found in Paul’s 13 epistles alone, according to God’s will alone, for God’s glory alone. 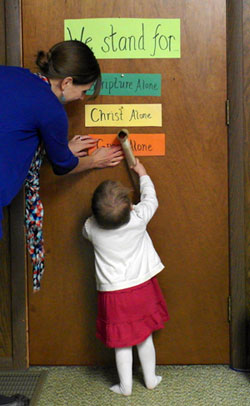 One thing we learn every year: we are not standing alone.You can find the MP3 and video recordings of the seminar online for your enjoyment and edification. Stand fast!

For His glory and grace,

Full List of Email Tips
This "tip" was originally published in the weekly Grace Ambassadors Update sent free to subscribers.